Fly Fishing in the Florida Keys

Used mainly as a sporting method, fly fishing uses an artificial fly as bait in order to hook a fish. The fly is normally cast using a rod, reel or a special weighted line and the catch thrown back into the water after the fight. The technique is used in both fresh and salt water areas and with so many islands, its warm waters and the large variety of fish found there, it is not surprising that the Florida Keys is a popular fly fishing destination.

A haul casting method is the one recommended for use in the waters, as the technique enables those that are fishing to cast against the wind. It also normally allows them to use heavier lines to throw flies longer distances. This is the best way to achieve the casting distance needed to catch the agile, suspicious gamefish that reside in the area.

The fishes’ nature is not the only obstacle the fly fisher will need to overcome, as the unique, beautiful habitats in the Florida Keys provides many hiding places. In addition to snook and redfish, the other types of fish frequently that are frequently caught are:

The species of bonefish that reside in the Florida waters are particularly smart and wary, meaning that there is the requirement of extreme stealth in order to catch them. Flitting through the shallow waters near the coast, they possess both a high sensitivity to noise and remarkable vision. Casting for this fish will need to be done with both extreme skill and caution. 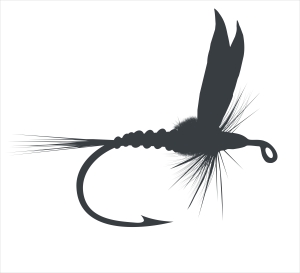 Even more difficult to catch than the elusive bonefish, permits normally have an extremely heightened intuition. A perfect cast must be done in order to catch one as they allow the fly fisher no second attempt. Considered by those in the sport as the gold medal catch of fly fishing, they are definitely not for beginner attempts.

An inhabitant of both shallow coastal waters and the deeper ones further out to sea, this fish is also one of the more difficult ones to fool. Even though a variety of techniques can be used to catch them, their aggressive eating methods and determination to survive means that they put up a lengthy, difficult fight whenever they are hooked. Great strength and endurance is required in order to pull this fish in, and they demonstrate specular displays when jumping out of the water during the battle. Larger fish can resist for hours but fly fishers are advised to ensure that these fights don’t exceed 45 minutes, so that the fish doesn’t perish from exhaustion after being released.