The Real Life Locations from the Mac Travis Series 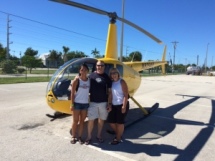 Looking at a chart is one thing. Flying over it in a helicopter is another. In October my daughter, girlfriend and I took a 45 minute flight from Marathon airport over the backcountry. It’s a great way to see things that are invisible from the water or on paper. There were several trenches that were visible, similar to where Mac found the nuke in Wood’s Reef. We saw bullsharks and large rays cruising the flats and it was really interesting how the islands, or Keys were all different. The yellow helicopter appears in the scene where the captain that takes Cayenne to the coral farm is spooked and leaver her stranded.

Wood’s Key could look like this. On the top the of the picture,  the channel used to enter the Key by boat is visible. On the bottom you can see the flats where Jerry Doans hit the sandbar in Wood’s Reef and wrecked the rental boat that Mac repairs and uses. The actual Key is Upper Harbor Key. 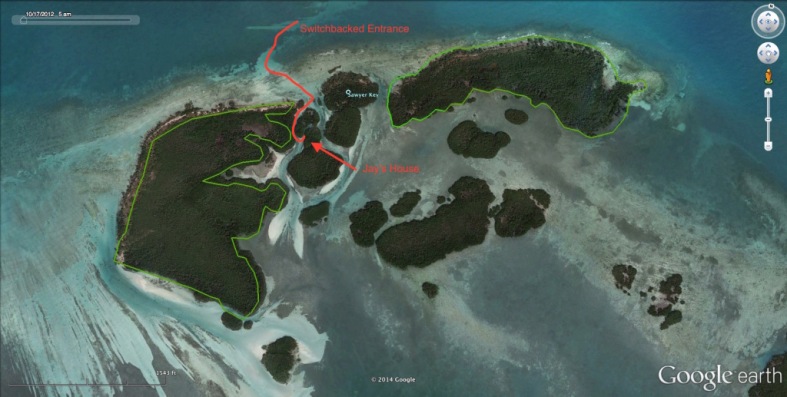 Mac’s Stash on the reef

This is what the bottom looks like where Mac had his stash. There would have been three coral heads like the one in the foreground.

Sombrero Key Lighthouse as seen from the ocean side. The waves here were about 3′. In the last scene of thebook they were closer to 7′. The water gets very shallow as you approach the tower and in heavy seas some of the coral heads break the surface.

The rum drink Mel, Marvin and Cayenne were drinking in Key West. This was from Cooper Island Beach Club in the British Virgin Islands.

There have been around 75 Major League players who defected from Cuba since Castro took over the country in 1959. I chose a different angle in the book, taking lesser know players and changing their identities. They were then placed in the minor leagues with Norm taking 10% of their earnings.