To celebrate the release of book eight in the Mac Travis Adventure series, I’m taking a look at what’s beyond Key West. 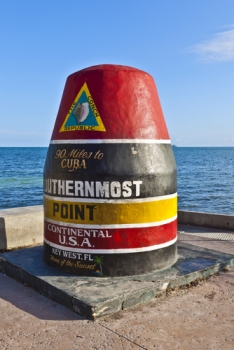 Key West is generally known as the end of the line, and hosts the iconic buoy for the Southernmost Point in the continental United States to prove it. The claim is true if you count the bridges that connect the chain of islands as part of the contiguous landmass, but the Florida Keys don’t end on the corner of Whitehead and South Street. The chain of islands extend another seventy miles, ending in the Dry Tortugas known for its landmark, Fort Jefferson.

Mac Travis hasn’t made it to the Tortugas yet, at least in the first eight books, but he spends some time in the Marquesas Keys in Wood’s Betrayal. 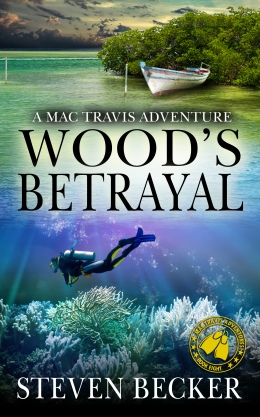 Head west from Key West, and after you cross the Northwest Channel, you would pass several uninhabited Keys known as the Mule Keys. Man, Woman, and Boca Grande Keys were all featured in Wood’s Wreck. Just past them and twenty-five miles from Key West is a small horseshoe shaped group of islands know as the Marquesas Keys.

The four mile diameter group of islands has as its centerpiece a two-mile wide lagoon created by a meteor strike. Mooney Harbor is frequented by cruisers for its protected anchorage. The Marquesas Keys are also known for fishing, both on the surrounding flats and the nearby Gulf Stream. It is here that Mac and Trufante come looking for Dolphin and run into another kind of trouble.

The location of the Marquesas is also a prime landing spot for refugee boats coming from Cuba attempting to make landfall in the United States. Many derelict rafts and boats are abandoned there each year, forcing Monroe County and the Coast Guard to pay for their removal. With a hold full of fish, can Mac resist the lure of an easy payday towing one of these boats back to Key West?